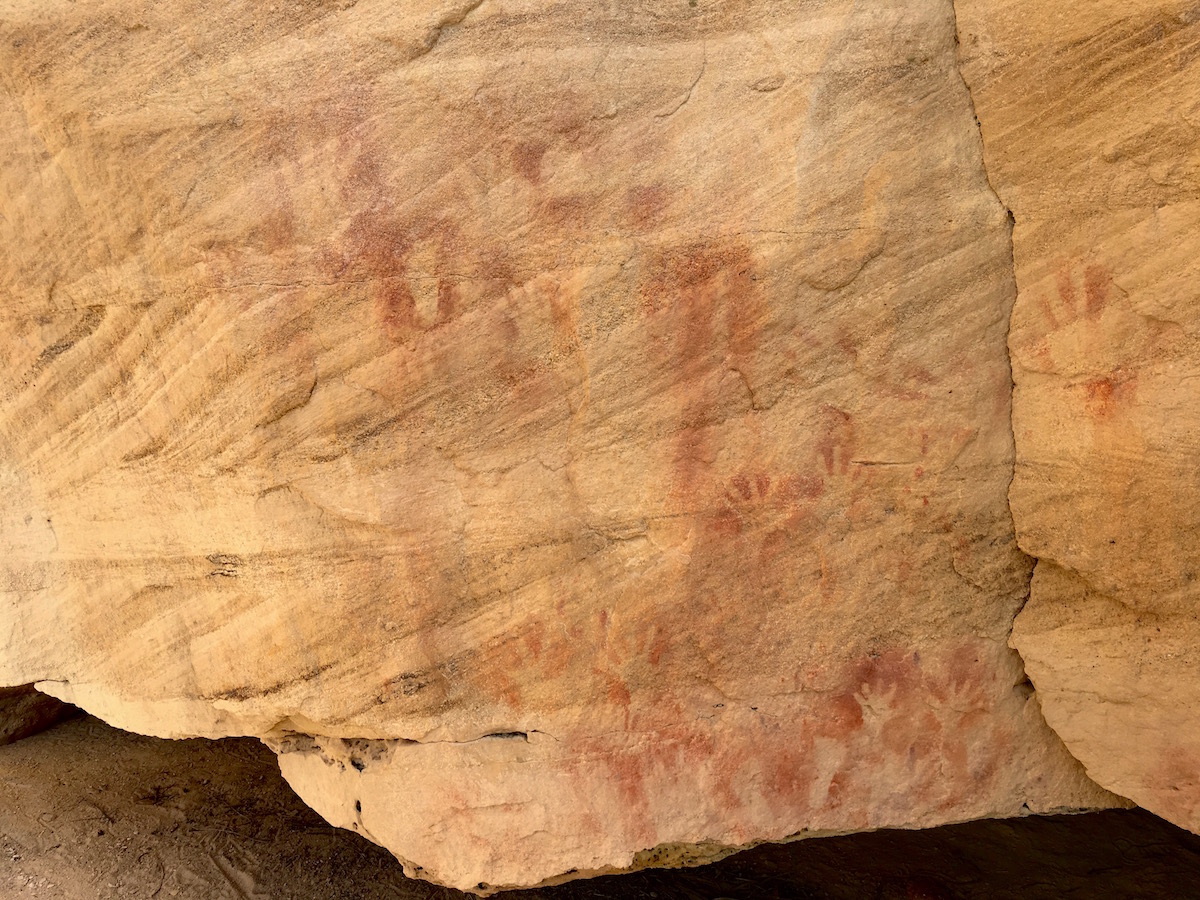 My profile picture on Facebook shows an image of me at my father’s survey mark, made at the discovery of significant  of Aboriginal heritage in 1934 when he was a Graduate Engineer. His first job was a survey for a road upgrade in the Carnarvon Ranges of Central Queensland that I’ve just revisited. It wasn’t bituminised until the 60’s and some parts have been realigned since then as well. You can see Dad’s alignment of the old road in my post titled Christmas in the Carnarvons.

When I was still a kid he took me out there; I spent Christmas Day there in 1966 with a casuarina branch for a Christmas Tree. Injune to Rolleston was 175 kilometres of undeveloped scrub; the Brigalow was uncleared and the original landholdings doing back to the 1860s were intact; ‘Boxvale’, ‘Walleroo’ and ‘Arcadia’ were still massive holdings; traffic was rare, travel was slow, conditions were harsh but the creeks still ran clean and wildlife teemed. Today, development is intensifying; the Brigalow is all but gone, creeks are choked and muddy, weeds are rampant, wildlife scarce even up the escarpments. The photos I’ve taken over a lifetime show a slow decline, even in the rock paintings of the original inhabitants.

My father showed me many sites, and I like to visit and camp – it reinvigorates me; but a chance encounter with Den Houghton from Rolleston whilst walking out of one site put me onto the location of another that had probably only been seen by Den seen since the ‘thirties. There was no path, nor even the certainty that I had the correct bearings, just Den’s description of a particular bluff that differed very little from a many others, an hour of difficult walking apart from each other. 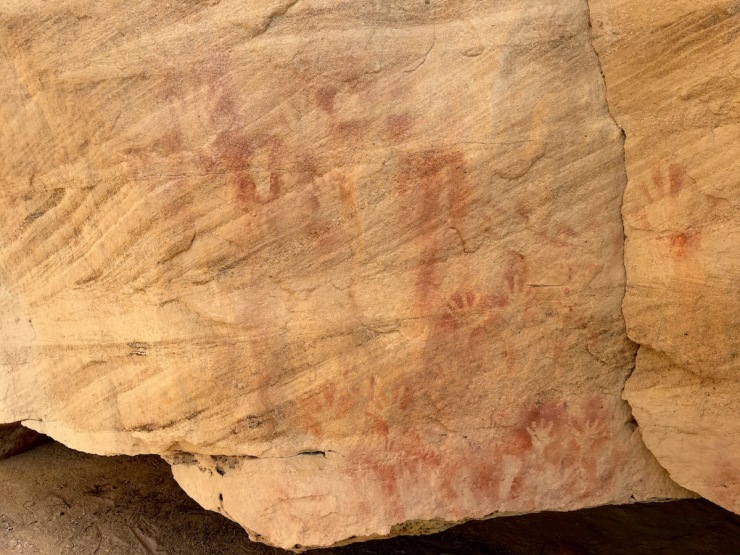 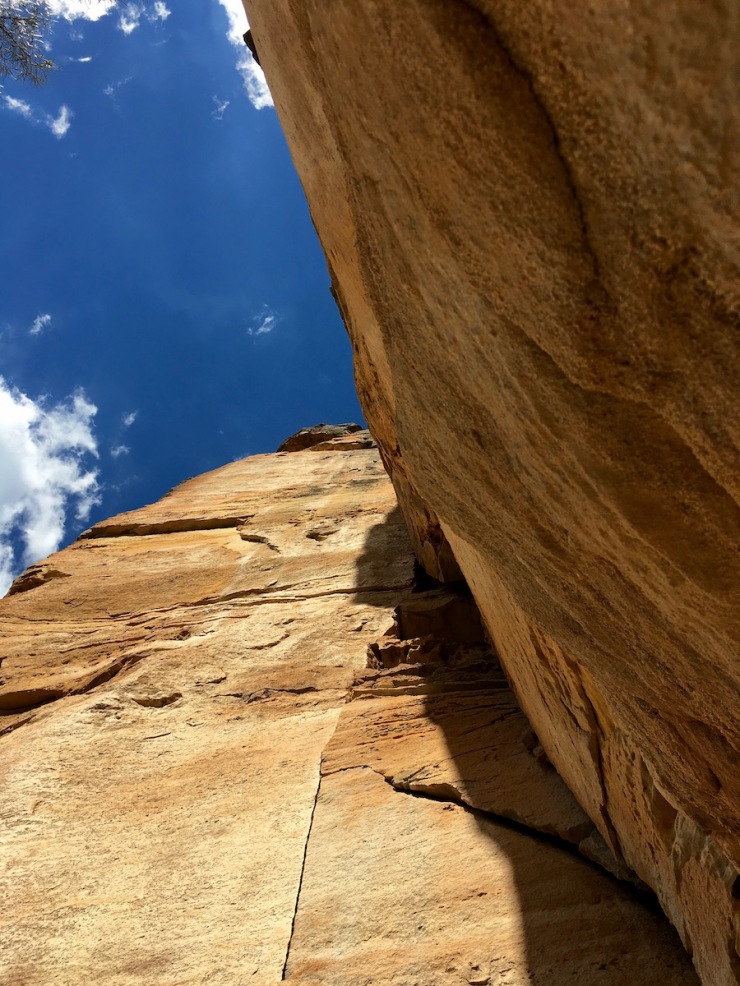 I studied the landscape, then made my decision and set out for the point I’d reckoned it to be. The lower adjacent creek flats are thick with long grass and weeds of all types; as the escarpment rises there are thickets and vines, thorny scrub gives way to loose fallen rock on the steeper slope, then easing to Cypress pine and substantial trees.

So I came straight onto it; I could see the first stencil clearly while I was still down the slope a bit; of an unknown tool. It’s a small gallery, as galleries go. Although all feature hand stencils each gallery differs in the range of objects stencilled. This particular gallery has many hands and feet of children, parts of it are faded and parts are weathered away which make me think it predates the 1870s, which was literally ‘The End’ of 40,000 years – the period of genocide. 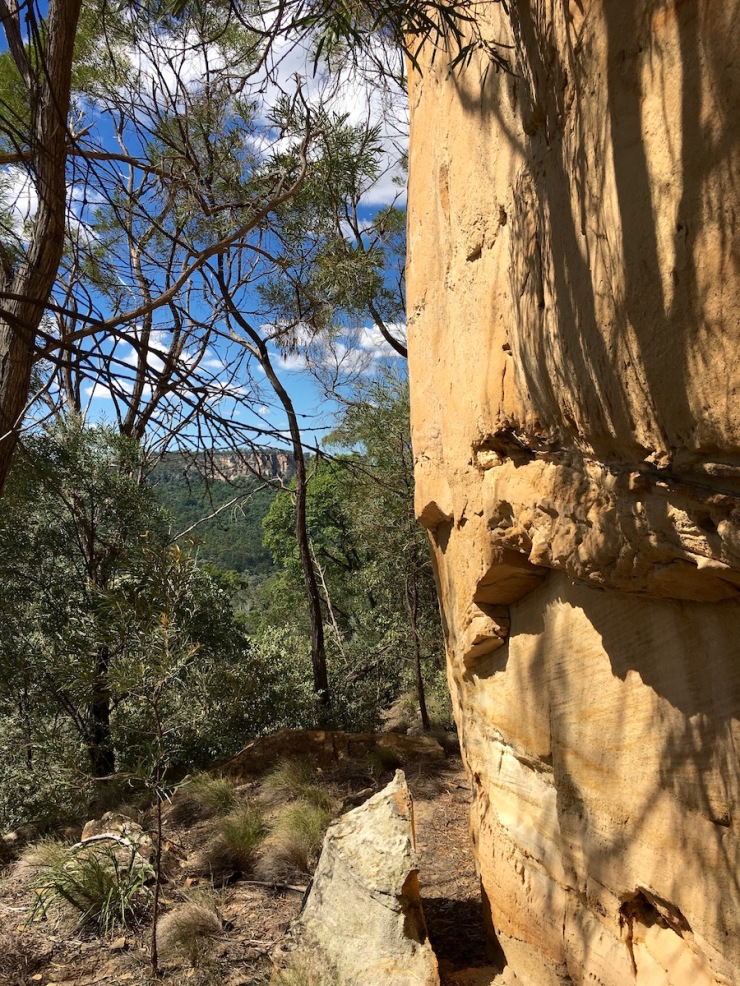 In the gallery of shots: the pair of child’s feet are in white ochre, very rare, and I suspect they could be among the last made. I don’t know what the object is – maybe a digging tick or small club but it shows an array of dots within it up close which is confusing because it may be too small to be a basket. There are snail shells present on the ground; so a narrow tubular basket is conceivable. However, most baskets I’ve seen are painted on the rock face such as those at ‘Skinners’ and are not stencilled. Sometimes you’ll come across a single hand stencil; possibly marking a burial site long since looted by ‘collectors’