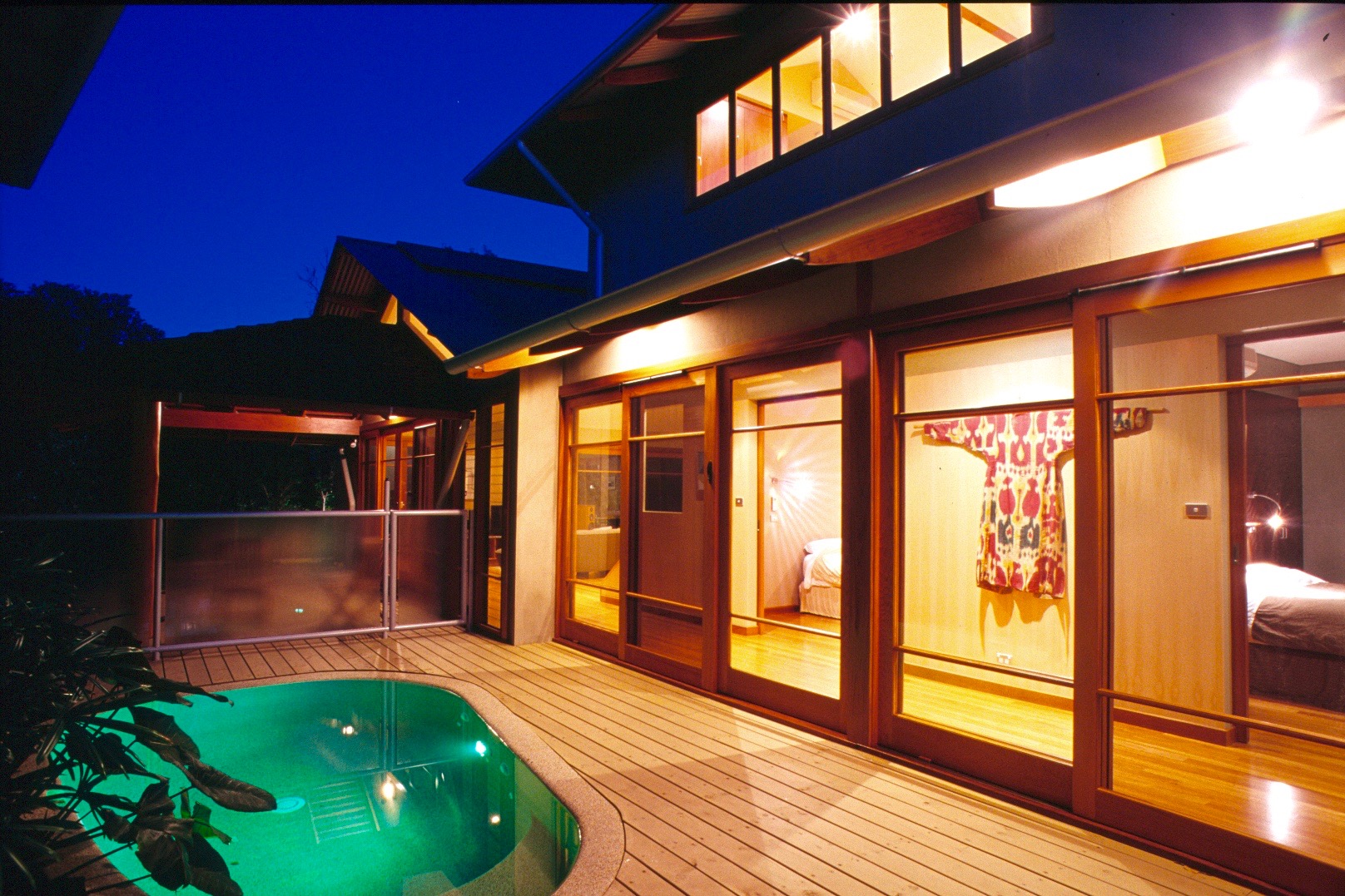 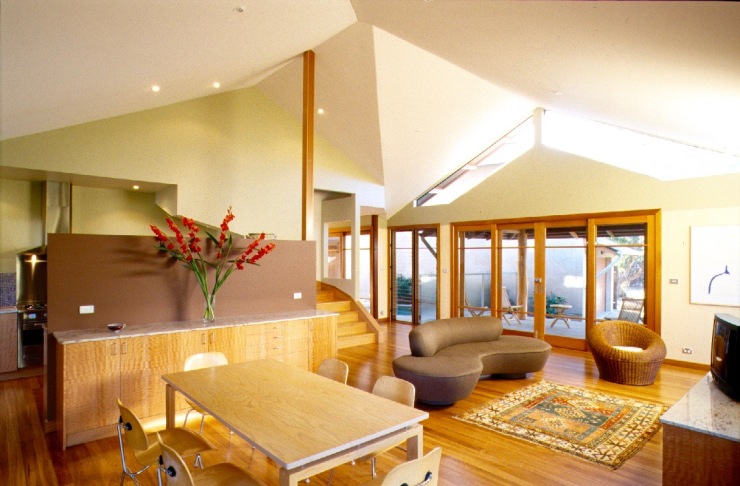 This was probably my high water mark as a designer and builder. I’d grown ip in construction work; it had seemed easy to become a builder, and I’d always loved architecture. I had a clearly thought out design ethic; I was averse to buildings that didn’t fit their environment. In older suburbs I worked in a style that was sympathetic, and in Byron Bay I considered that a regional style was appropriate. 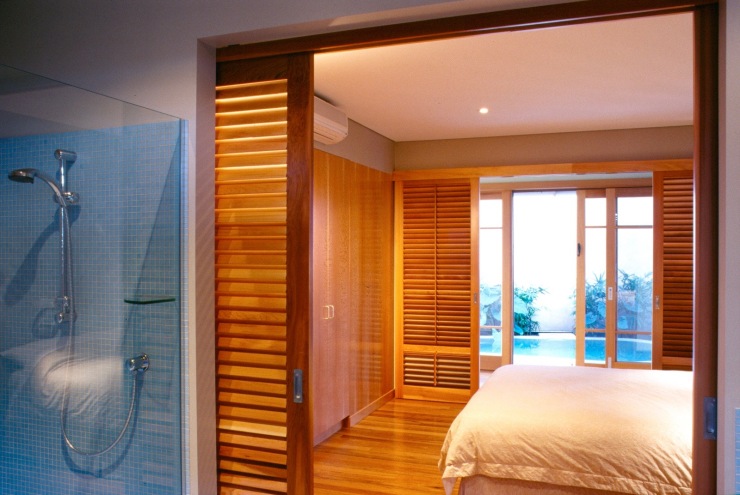 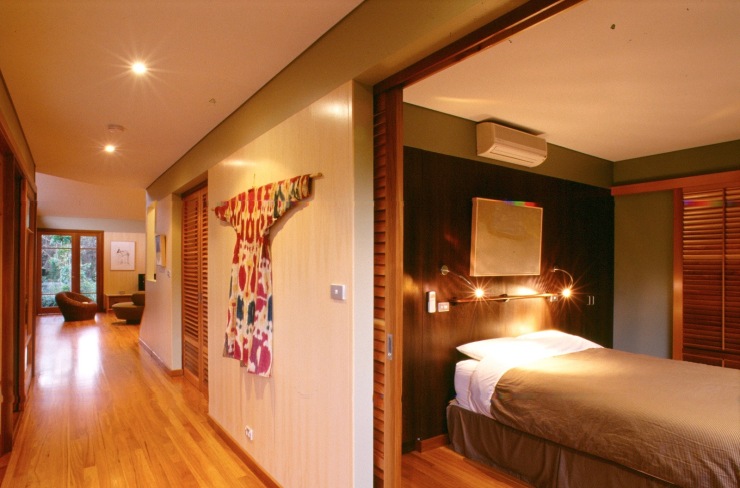 When I built this house in the locked gate estate at 4/2 Alcorn Street I was in serious debt. Looking back it was an equal part dream and massive gamble; the payoff could be heaven or it could lead to a big crash and burn. In the final wash it was neither; it was an adventure strung out over a decade, and it cost me a fortune. Big money came and went like the tide but I see that ultimately I traded the chance to live a small life of financial security for a much bigger life of hardship and poverty. 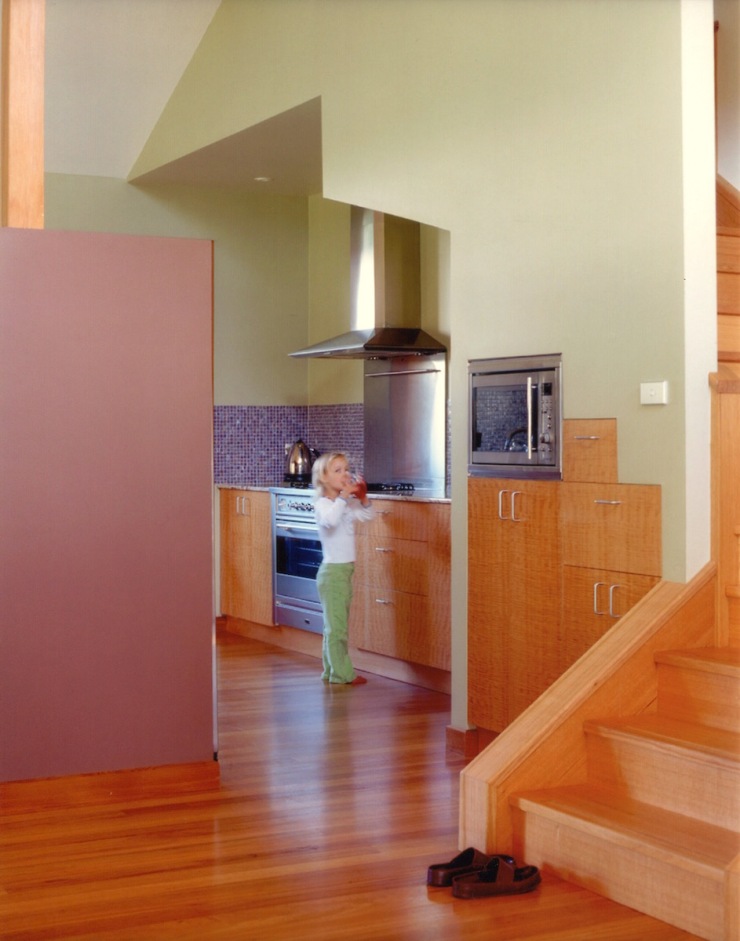 I designed and built one for a neighbour, and I’d designed the one for a Belgian writer next door. A local architect did the drawings for it but it was based on my concept and I managed to get paid for it. I was doing my own drawings; I’d taught myself to use transparencies; penciling it in and then inking it over. I’d hand colour the elevations for council. Those drawings were pretty, but they were very simple. My real skill was in my hands; if needs be I could build from scratch even without drawings. I could calculate roof rafters using trigonometry and stairwells using a calculator. As a craftsman my skill was starting to merge seamlessly with my ability to visualise. That didn’t make me an architect, but my work had presence; a pan-asian calm, with wide sheltering eaves, walkways and decks often fashioned from heavy boards. 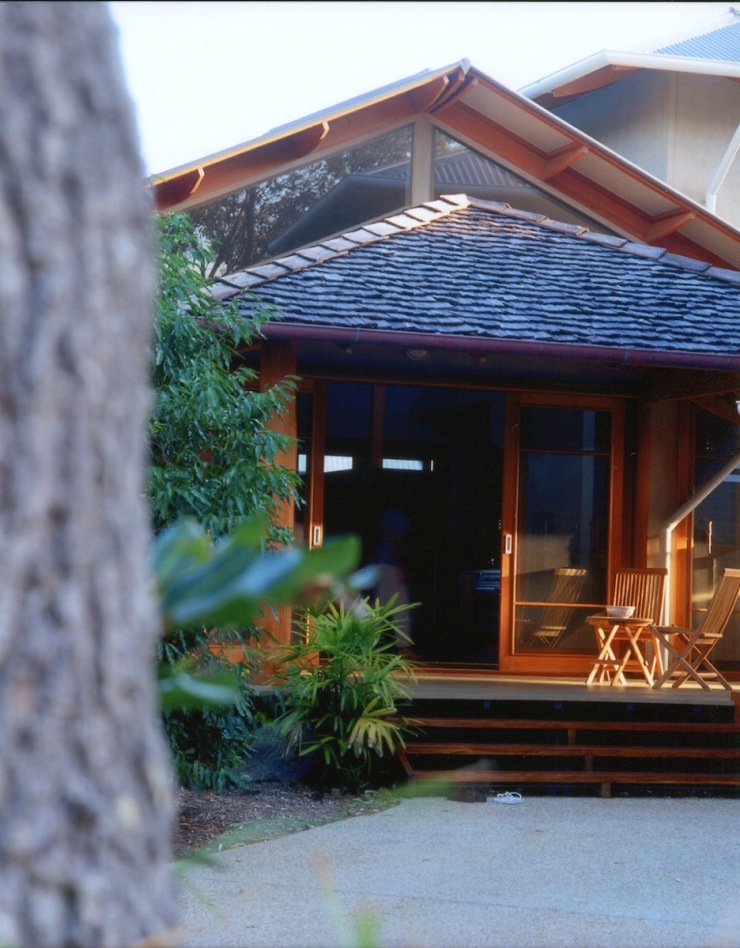 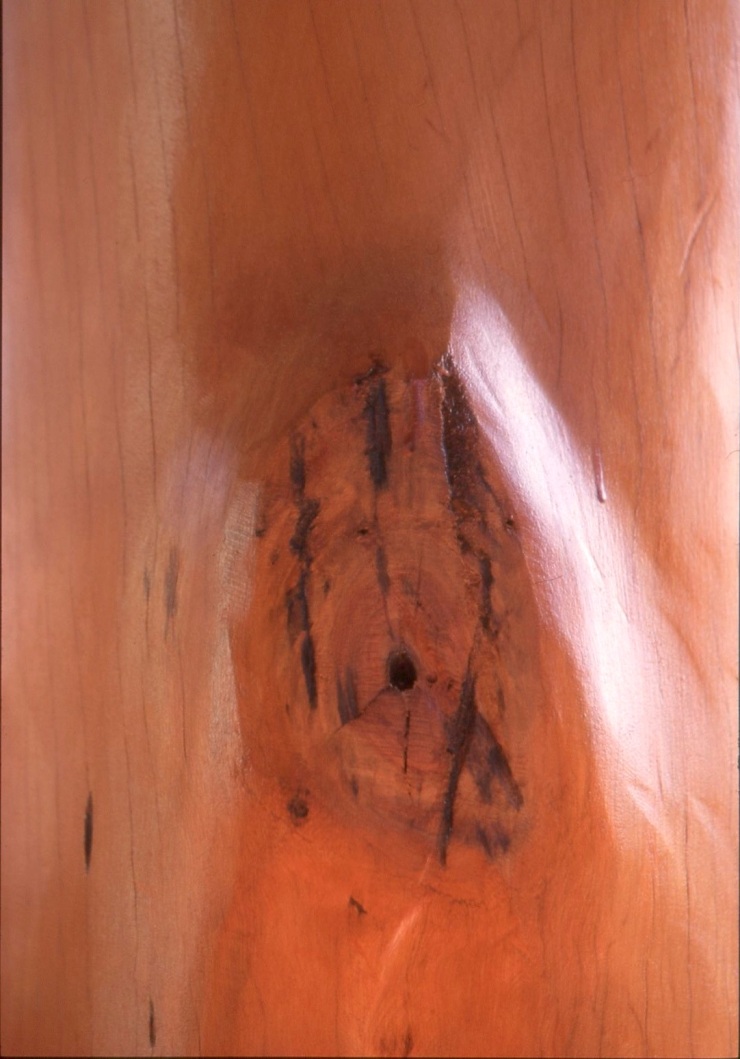 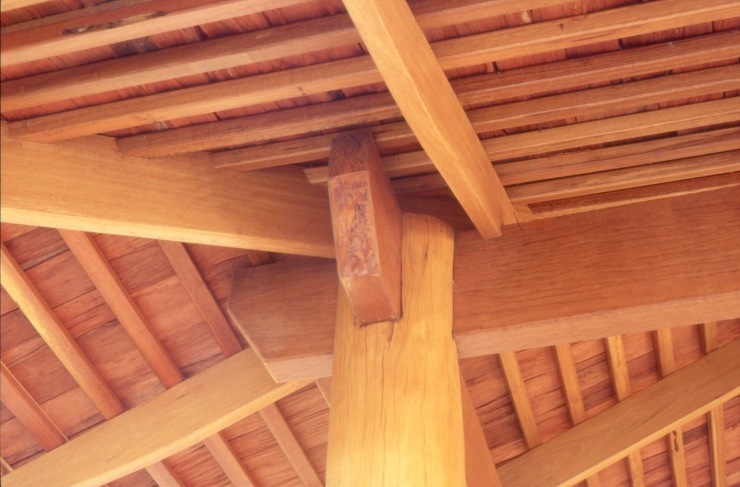 Everything I did was rooted in a regional reference; roofs that handled wet seasons, glass that framed a garden view, a garden conceived as an extension of wilderness, interiors that were warm and complimented the natural world outside. Technically it had features that can’t be seen; fully insulated double layer flooring 70mmm thick, with an insulated cavity. It had feature walls of American Ash Veneer, built in robes that featured a different timber veneer in every room, African Wenge wall paneling in the Master bedroom, Quarter Cut Queensland Maple veneers to the kitchen, and an entry roofed in hand split Ironbark Roof Shakes (shingles are sawn, but shakes are spilt) that would last 100 years spilling into copper guttering. 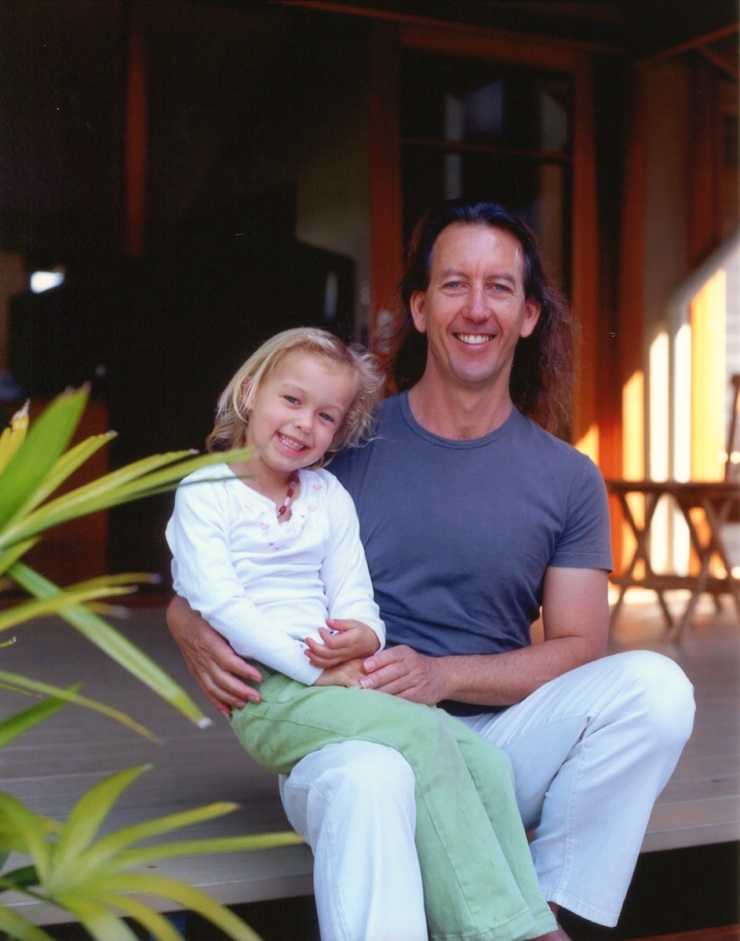 So I was set on a satellite hookup back then, but with only dial up speeds and a Gateway laptop I’d go on the internet. I was learning to use email then; a lot of technology was new and emerging. It was a struggle to become adept at it, especially in the isolated little world of a builder living in Byron Bay. The internet was whole new frontier and it was it was awash with wild propositions. I began using AutoCAD after this. I probably did my best work over just a few years; but it was terribly difficult to eke out a living from it. This house featured in Home Beautiful along with others. The pictures of my daughter and I probably mark some kind of high water mark in my life; I still had my strength; I felt promise, optimism, I felt respected, but sadly it wasn’t to last. 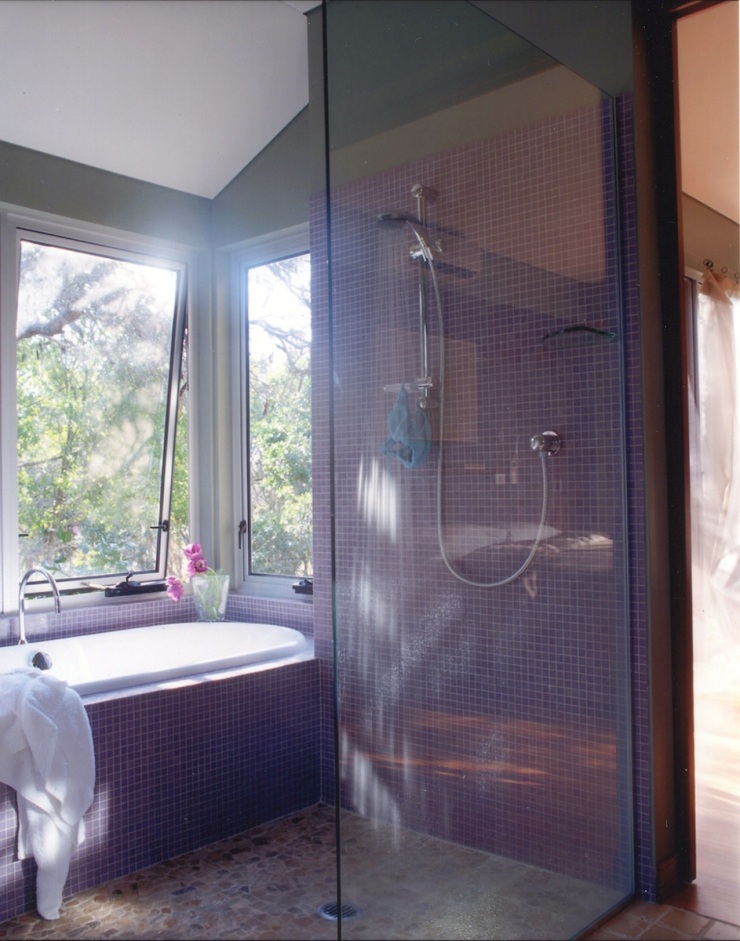 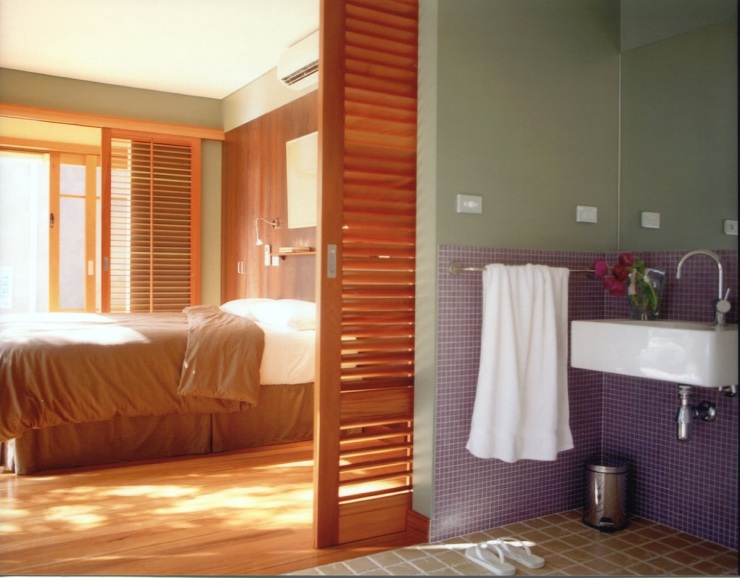 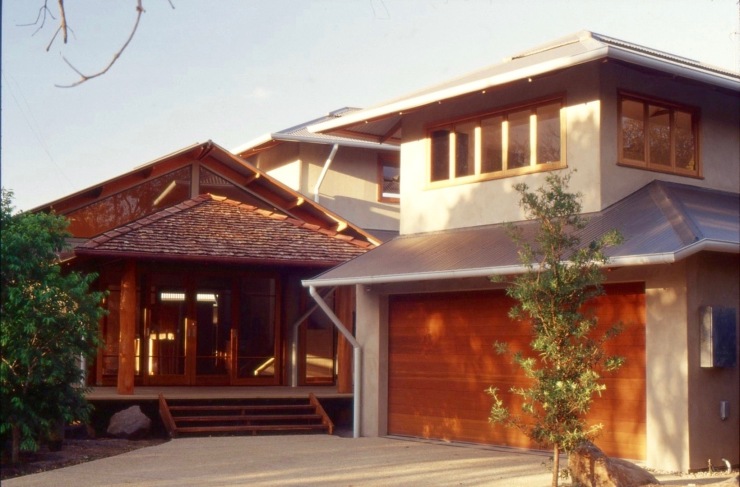