Probably in 1969 when I was a kid of fifteen I started work at Waverley Creek, about 45 miles north of Dajarra. One day when not much was happening I was taken by a Main Roads Engineer to a site not far outside Dajarra; to a ‘newly discovered’ site of Aboriginal rock engraving at Carbine Creek. 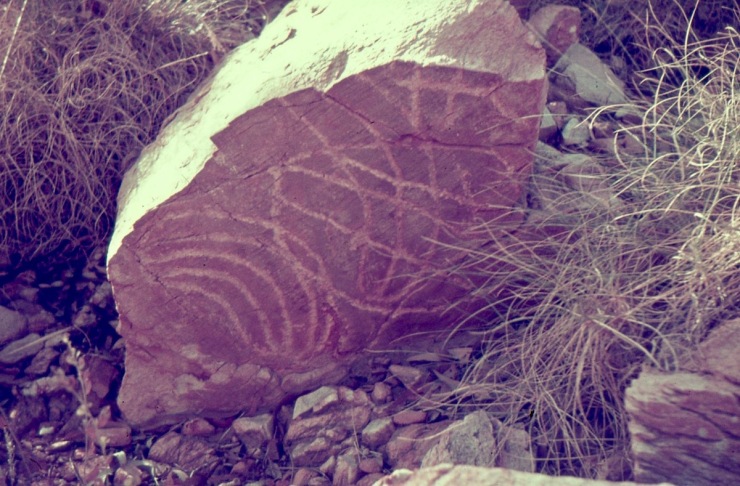 Many surfaces with engravings extended up the slopes; some had tumbled down; these are quite ancient engravings and probably quite rare. On a later visit the engraving had become ‘known about’ and targeted for vandalism and graffiti; not long after this steel cages were welded over the engravings to protect them. Before this ‘discovery’ the site was not spoken about by local custodians. These photos, taken from slides, are a little blurry. At that time neither I nor the camera were much chop but at least they were taken before vandalism and security measures interfered with the impression. 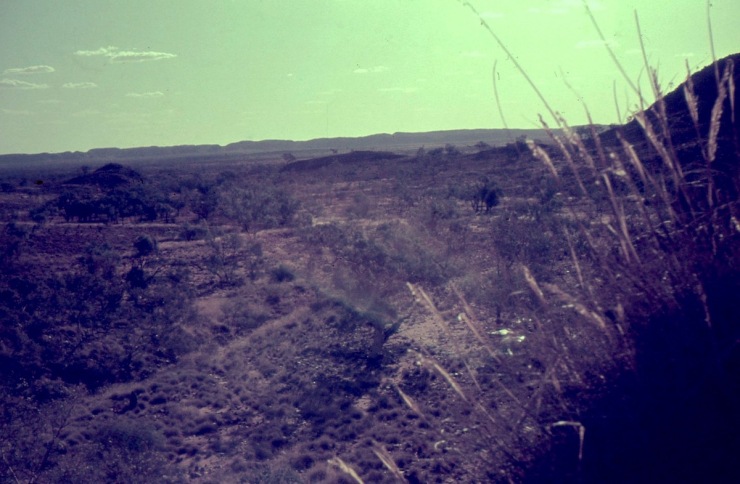 There is a a four-metre-deep rock hole in the bed of the creek, also of great importance as a site for water.

Most of the engravings here are non-figurative, except for a few figures and ‘Cleland faces’. This site also contains engravings filled in with red ochre.  Ochred motifs include split circles, spirals, concentric arcs and bird tracks. 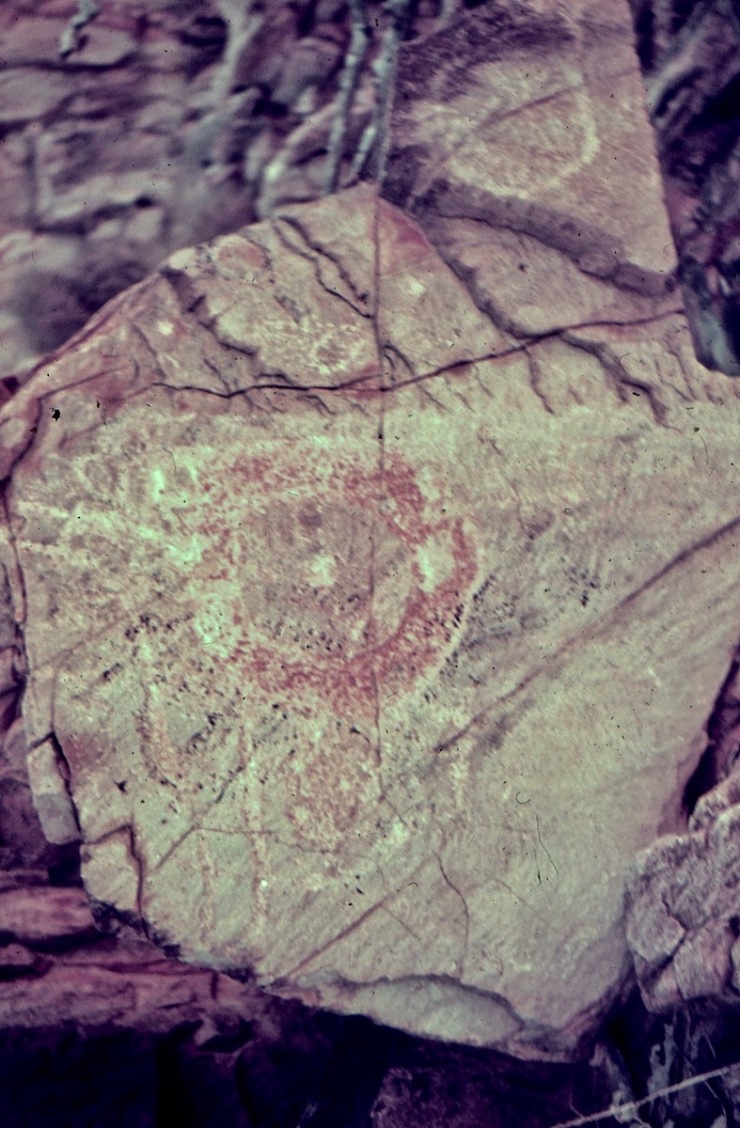